Hi guys! I wanted to share the news with you for so long but we had to take care of some things first before we could finally announce it. We had to talk to our family one by one, and figure out our future plans. Now that everything is settled I can finally share and tell you that… I’M PREGNANT!!!

Yep, I know you’re probably SHOOKT while reading this. But yes, it is true—I AM DEFINITELY PREGNANT AND HAPPY! :) By the time you’re reading this, I am already at my 20th week. :) 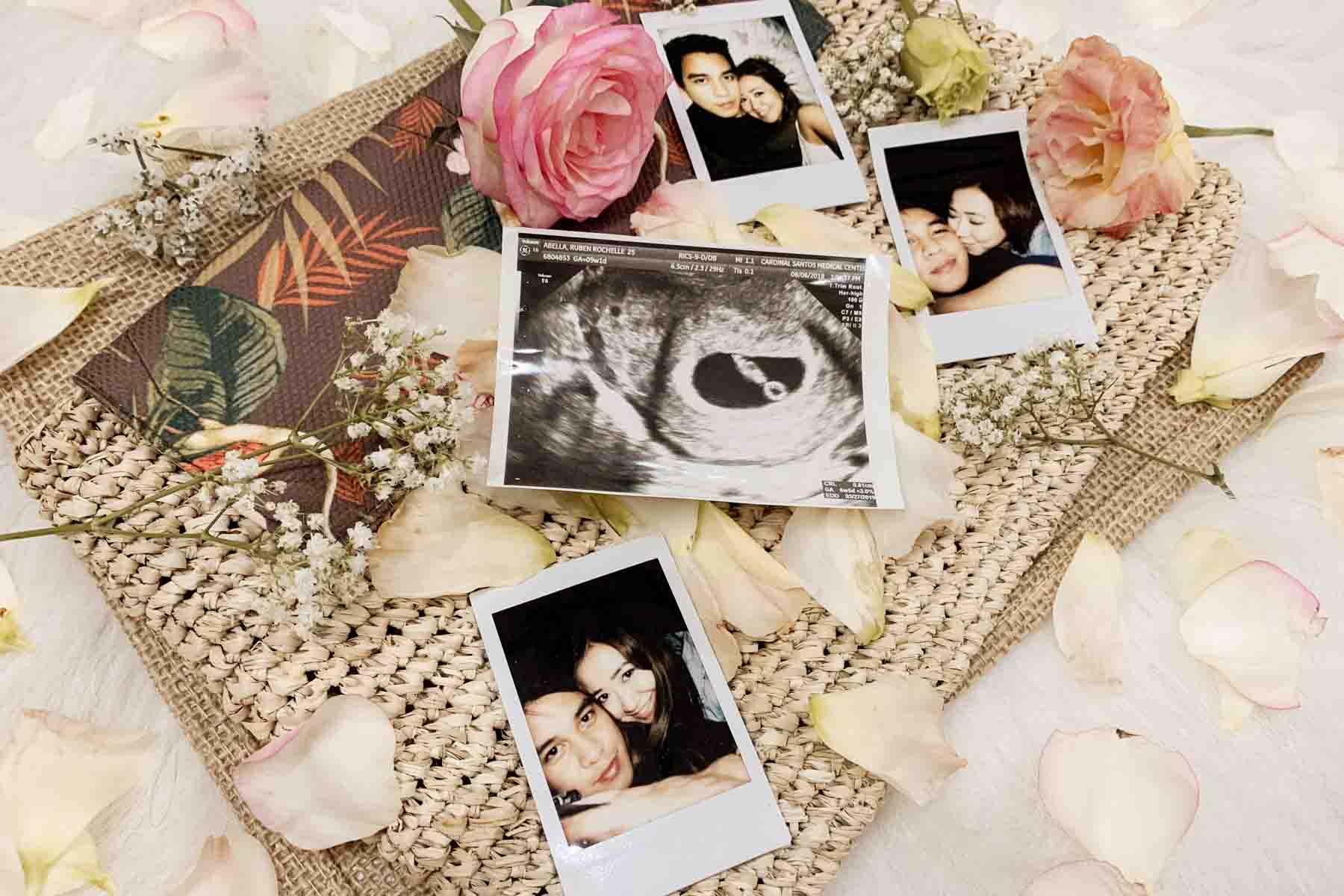 How and when did we know that I was pregnant? Dave and I found out last August. There was a week wherein I would always crave for my favorite food and always ask my Auntie to cook something for me. If not, I’ll order from Food Panda or Honestbee. But the thing is, I always felt nauseous every time I smell the food; which is weird coz I’ve never been like that before.

Dave and I always talk to each other every single day and thus, he would know right away when something is not right or if I’m being weird. He then opened up to me, to take a pregnancy test but I said there’s no need for that coz I think I’ll be having my period the following week, since I was already having cramps. Little did I know that cramps is also one of the symptoms of being pregnant.

We waited for a week and I didn’t get my period. But I still shook off the thought, for I am used to not having my period for a month or so since I am irregular, due to PCOS or Polycystic Ovarian Syndrome. My doctor told me 6 years ago that I’ll have a hard time having a baby because of my PCOS. That’s why it was a surprise to the both of us when we learned that I was pregnant!

You see, Dave knows about my condition and we’ve talked about this before. What if one day I get pregnant, then we’d both be thankful and will take full responsibility. If not, then we’ll seek other options such as IVF (In Vitro Fertilization) or adoption after we get married.

Anyways going back to the story, Dave insisted that I should take a pregnancy test just to be sure. I agreed, as long as he’s the one who’s going to buy it. Haha!

So he bought me 2 PTs and while I was in the restroom taking the test, I was on the phone with my best friend, Maicee. Lahat na yata ng emotions naramdaman ko while waiting for the result. But, when I saw the two lines tapos medyo malabo pa yung isa, I thought maybe there’s a mistake, so I took the other one again and had the same result! Haha! 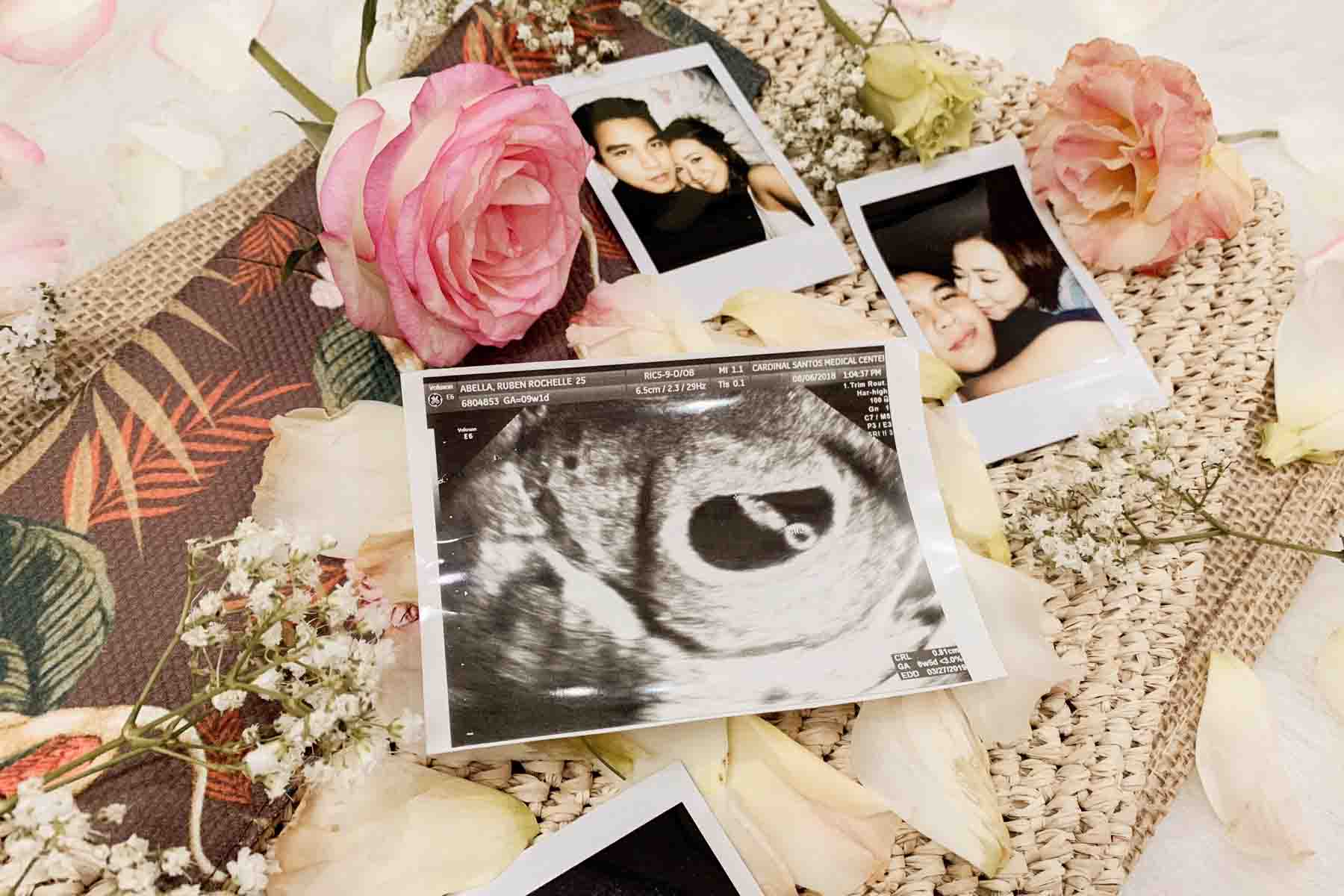 I don’t know what to feel that time. But one thing’s for sure, I was definitely happy! A bit freaked out, shaking and scared at the same time, but happy. Scared on how we are going to tell our parents!!!

When I went back to Dave to show the test, he said “Hala siya bat ka nakangiti? Nakangiti siya oh!” I didn’t have to say anything, he knew from the moment I walked into the room with a smile on my face, that it’s POSITIVE! He was happy at first, but reality hit him later on. So he was also in shock and scared on how we are going to face our parents.But then, he hugged me and kissed my forehead and said “That’s okay, baby. Don’t worry, kaya natin yan.” :)

We first talked to his family then mine but of course, it was a slow process. Until we’ve finally decided to tell a few close friends. It also took us this long to announce it coz I wanted to try announcing my pregnancy through VLOG but I’m just really awkward and not good at talking in front of a camera. Haha! Also, my mom personally wanted to tell our relatives on my birthday celebration. I wanted to respect that. So I waited until I can finally post this! :) 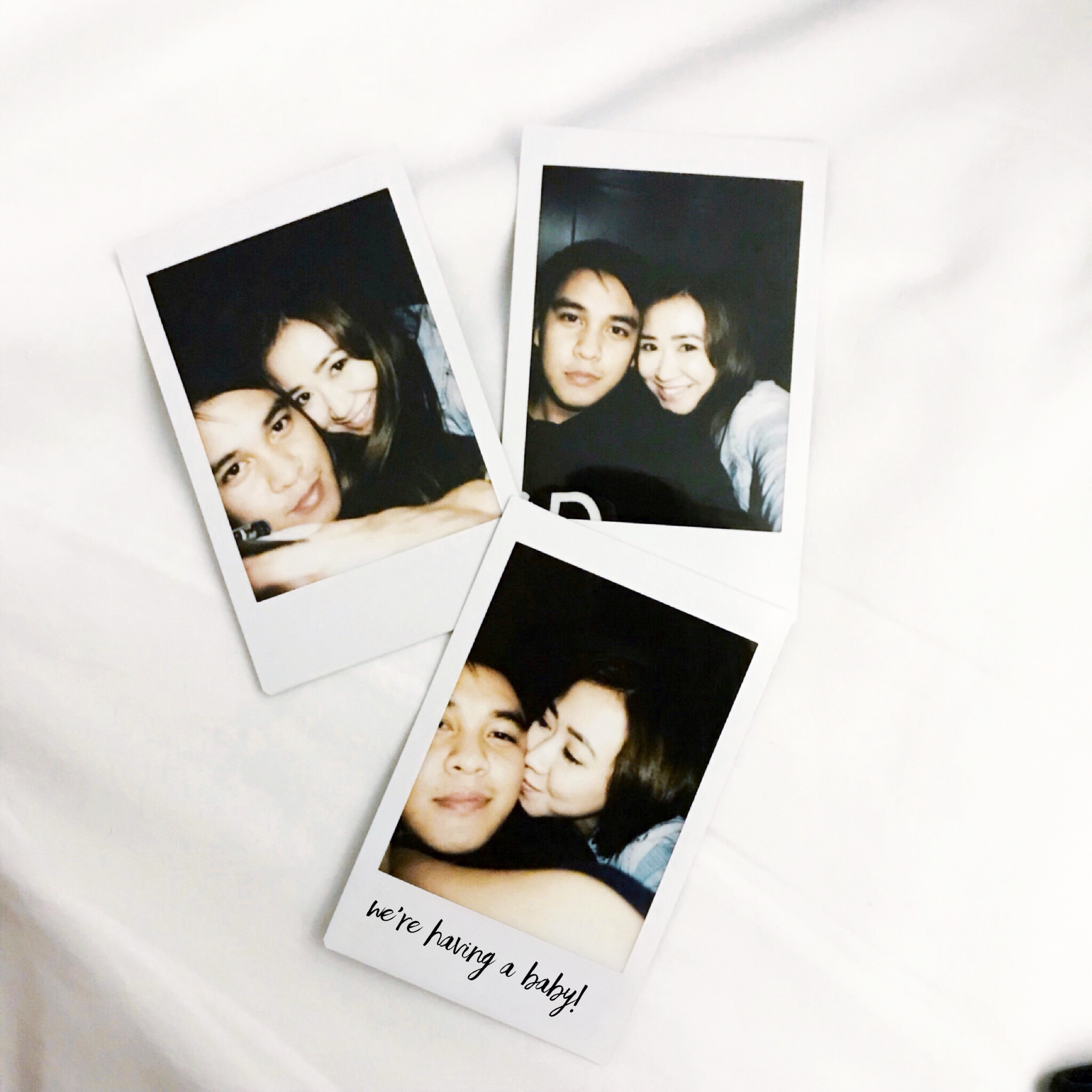 If you’re wondering if we are getting married anytime soon, the answer is no. We both agreed to focus first on our baby. I don’t want to get married just for the reason that I got pregnant. He offered and I said yes at first, but the more we talked and think about it, we then later on decided to just wait until the baby comes. We don’t want to be stressed out planning for a wedding during my pregnancy and I don’t want to walk the aisle with a big belly. I want our wedding to be something we’d both enjoy with our little one. There’s no reason to rush things.

Now you know why I post less on my Instagram account and pick my events lately. There are times when I have morning sickness the whole day or I just feel tired. I apologize to the PRs that I’ve committed to in going to their events but have to back out the last minute and I couldn’t tell you why.

Also, I just want to express how much I appreciate my family and friends who respected my decision in keeping my pregnancy a secret till’ now. Thank you! :)

I Walk in Heels by Rochelle Abella documents her personal style, interests, travels, and love for shoes.